The top turbo heatshield is retained by 3 off M6 x 10mm bolts. The top one can be removed using a 10mm socket but the side ones are best removed with a 10mm ratchet spanner; the left hand one is easiest removed from under the car. On the majority of SE's, there is no Oxygen (Lambda) sensor and the top heatshield can be removed by removing these three retaining bolts (position indicated by the three blue arrows below). 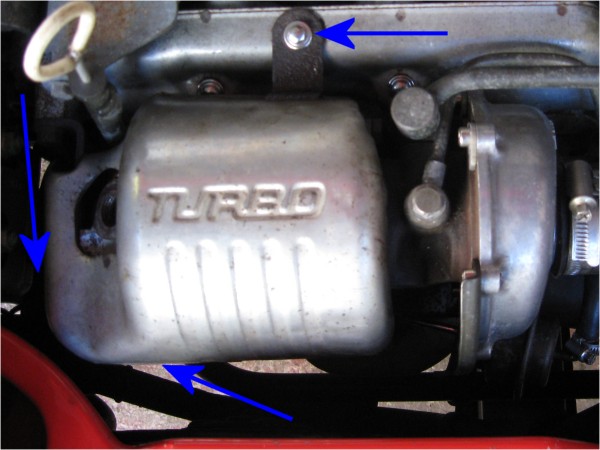 On S2, Fed, some ROW Elans and a handful of SE's, there is a sensor, which can sometimes be difficult to remove even after frequent dousing in penetrating oil, heat and using the correct lambda socket. The top heatshield can be removed without removing the sensor however. First remove the three retaining bolts and raise the heatshield as high as it will go. 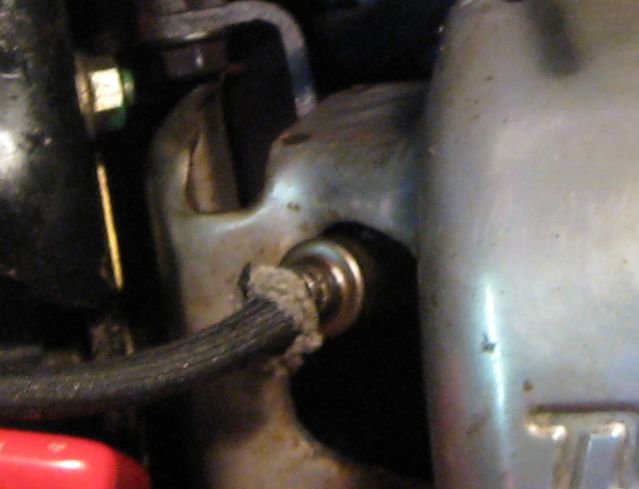 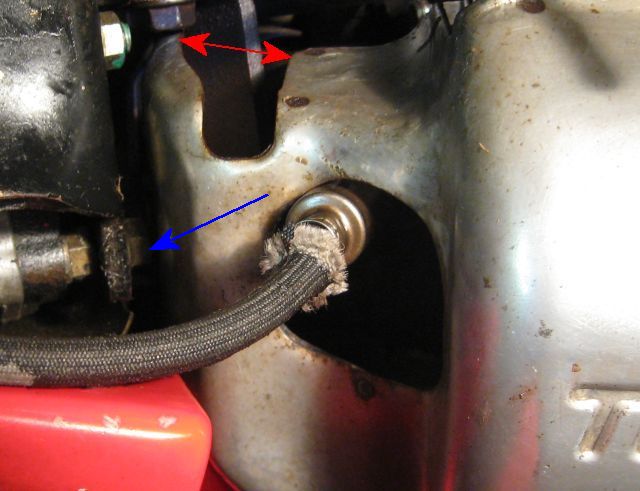 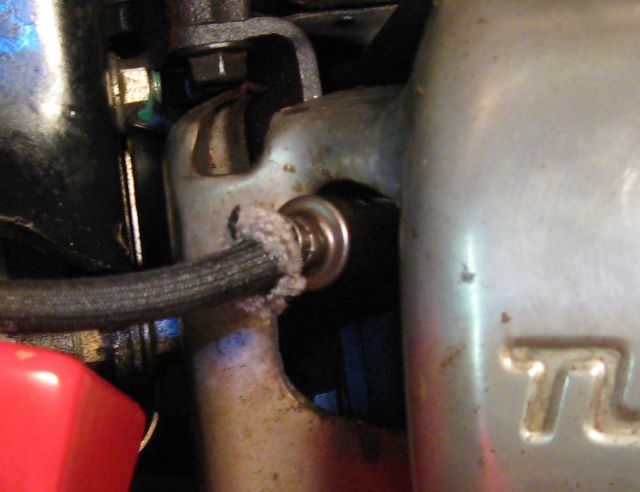 Now simply unplug the sensor connector and release it from the bodywork by sliding to the side. The heatshield can then be removed completely.