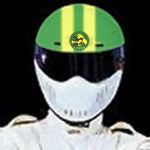 For fun only (until Al links to the membership list on LEC) - members locations on a Google map.

Click on names for mug shots (if you dare).

Al : Captain of LEC IT Support.

Bibs : An interloper from the Lotus Esprit Forum. Extremely photogenic, could have been a male model.

Dico: : The silver fox. Owner of the flame-spitting, 300bhp beast which spends longer in the garage than Gary's MG.

Doug : The elusive founder. Reported to have attended Donington 2006 but it turned out to be a female body double according to Monty. Some say his penis is green and has yellow stripes running through it.....

Ekapol: An Elan window motor engineer, a disciple of the great "The Bard (aka Ian)"

Enright13 : The man with only one T shirt. Grab a fire extinguisher if he ever gets hold of a box of matches. Duck for cover if he gets his chopper out.

Gary : The man with exquisite taste in Elan colours and stylish clothes - because of this and also the camera attached to his head adds weight to the rumours that he is the illegitimate love-child of Sy V.

John_W : Scotsman with a willy fixation which comes to the fore after a few wee drams at Donington curry nights.

MarkV : Always playing with his nozzle in public and regretting it.

Monty : The other half of Manchester United. Fiercely anti-smoking and disables ashtrays from 10 feet.

Nige : Rebel who flies in the face of convention by tracking a BRG S2.

PaulP : Requires six pies a day otherwise his shoes would fall off his feet.

PaulWatkins : Welsh.... but at least his wife isn't.

Rambo : The man with the trend setting haircuts. It is rumoured that he hasn't worked out how (or needed) to get the hood up yet.

Stef : On a one one woman mission to rid England of flies. Determined to reach 200k miles without a service. Partial to stiff Indians and a BJ.

The Bard (aka Ian) : A legal alien braving the pot-holes of northern Virginia.