The battery is located in a compartment below the hood stowage area. It is situated towards the right hand side of the bay. 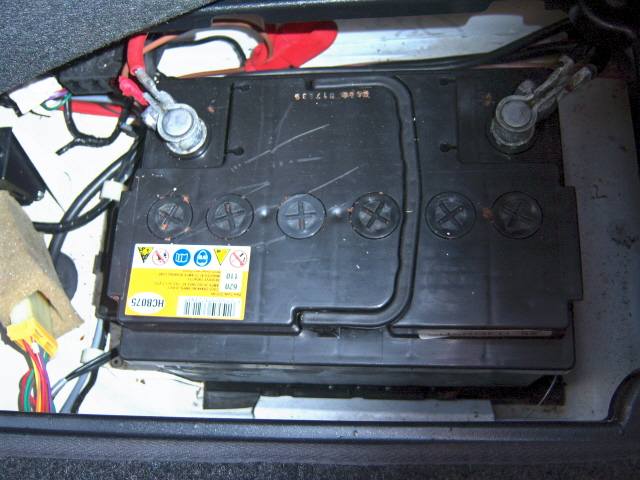 How to hold open your hood cover and hood at the same time by using the battery cover. 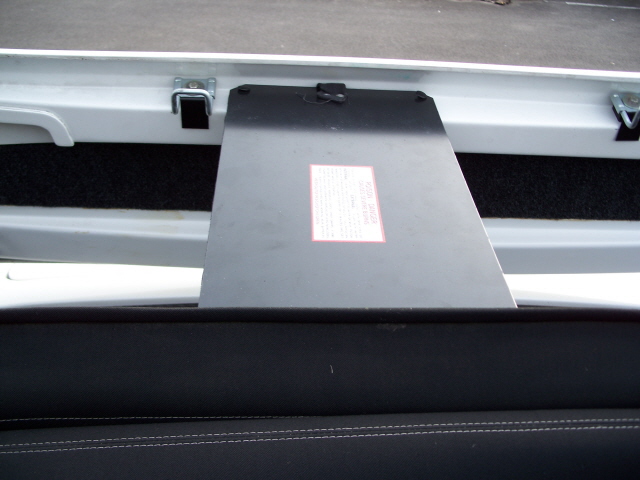 This is located in the front left footwell.

The fuses are accessed by removing a quater-turn screw in the right hand corner of the cover.

The fuse box assembly is held on with one screw at the base under the carpet. 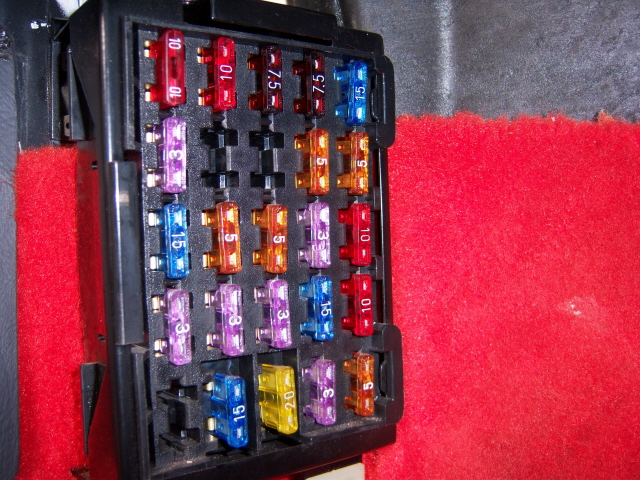 These are located under the Binacle to the right hand side. 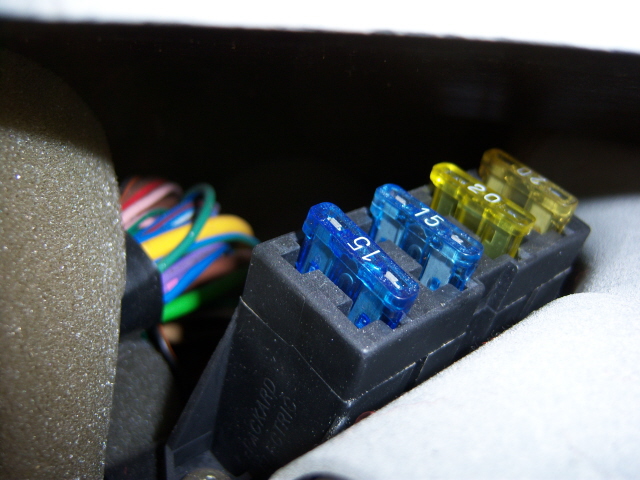 These are located directly under the Binacle 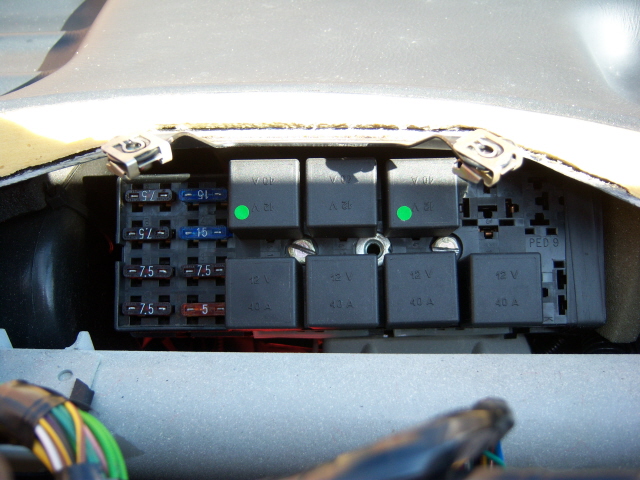 This is also known as the Maxi fuse box.

It is located behind the ashtray and sits on the interseat tunnel.

Remove the ashtray holder.. I found easing and teasing the best method, but this is still problematic.

Remove the protection cover off the fuses

The following photo was taken through the ash tray aperture. 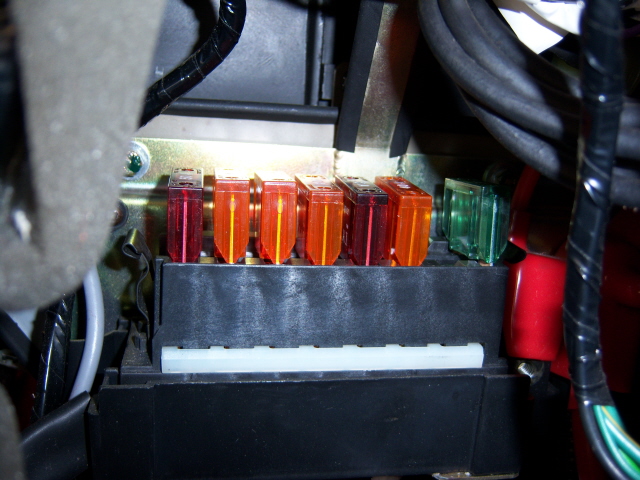 Fuse Box near the battery 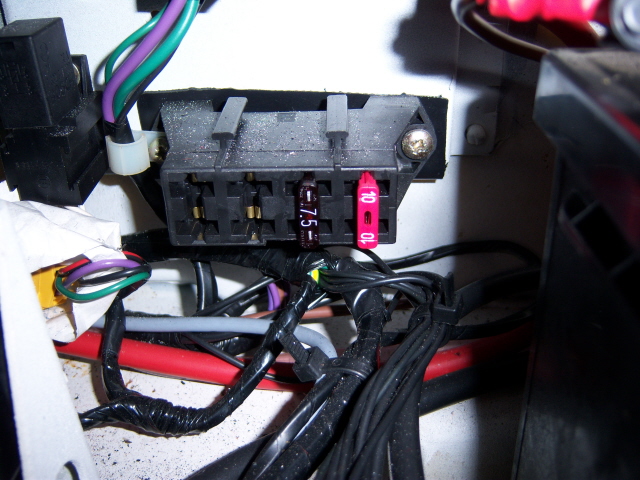 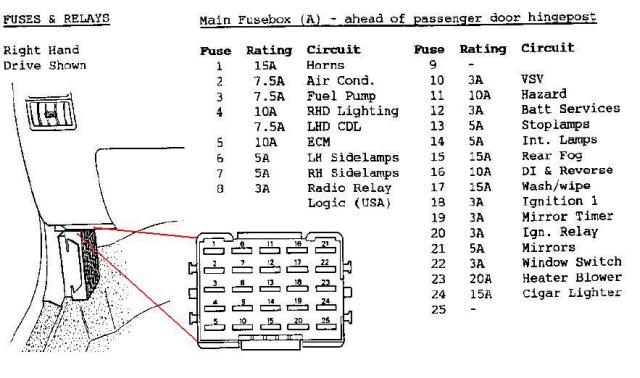 Fuse box B and C 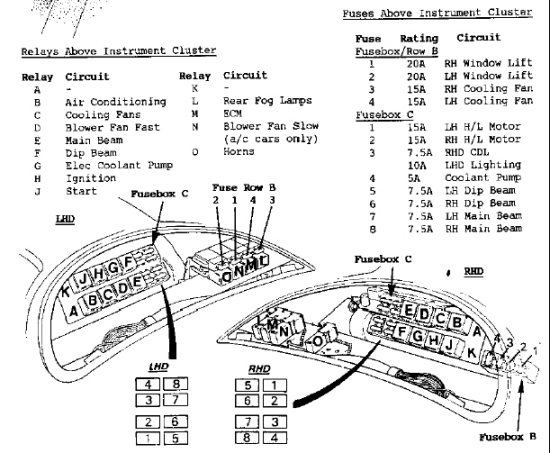 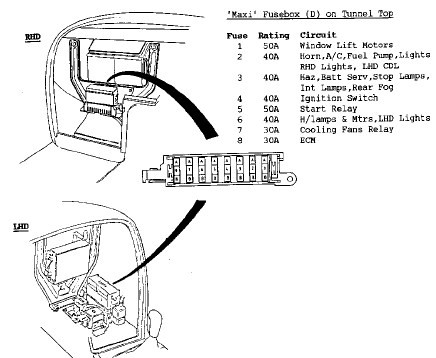 Fuse box near the battery

The vehicle is fitted with an Inertia style switch; this will operate should the car roll over thus cutting power to the electrical fuel system. It is quite easy to inadvertently operate this switch whilst working around the vicinity of the switch. The fuel pump relay can be seen directly to the left of the top of the inertia switch. 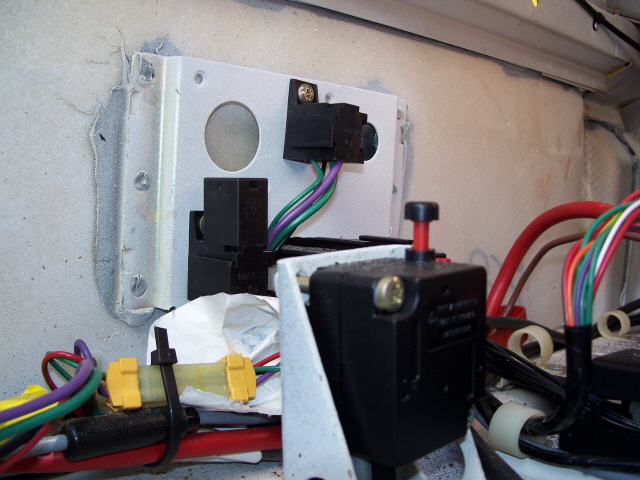