This is a quick write up for upgrading the Fuel Injectors to the RC PL8 550 Injectors for the Turbo upgrade. I used the write up by David R. Meyers which is in the Upgrade link on the LEC homepage [1] and as there is only one photo thought i`d post my photo`s here to help others in the future. So i`m just going to use Daves write up with my photo`s (hope he doesn`t mine)

RC Injectors can be bought direct from [2] 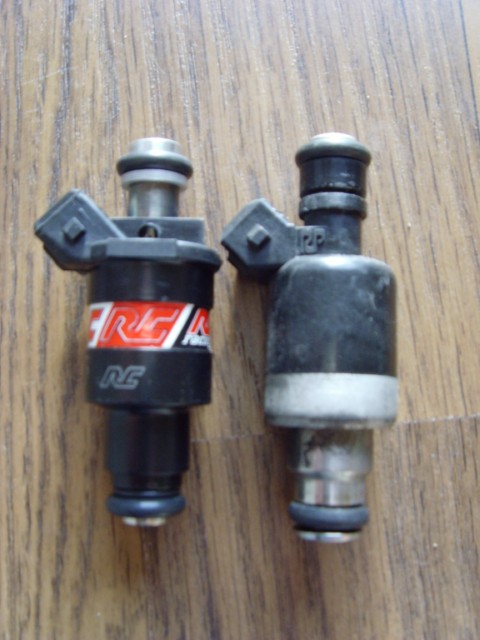 Before removing any parts, you must relive pressure form the fuel system. While the car is running, pull the fuse for the fuel pump (I tripped the Inertia switch). After it stalls, crank the engine for a few seconds to remove as much remaining fuel from the fuel rail. Then perform the following steps:

3. Remove the small wire clips that hold the plastic electrical connectors to the injectors. This is possibly the toughest part of the job. Use the die pick in conjunction with the needle-nose pliers or a standard screwdriver. Be careful of the small plastic tab at the front of the connector. Also, do not drop the clips. 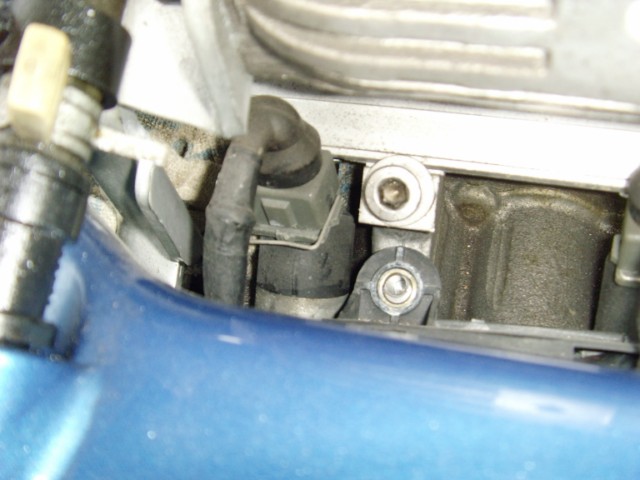 4. Slide the metal clips holding the injector to the fuel rail from left to right. Push first on the front part of the clip, then the rear with the long screwdriver. 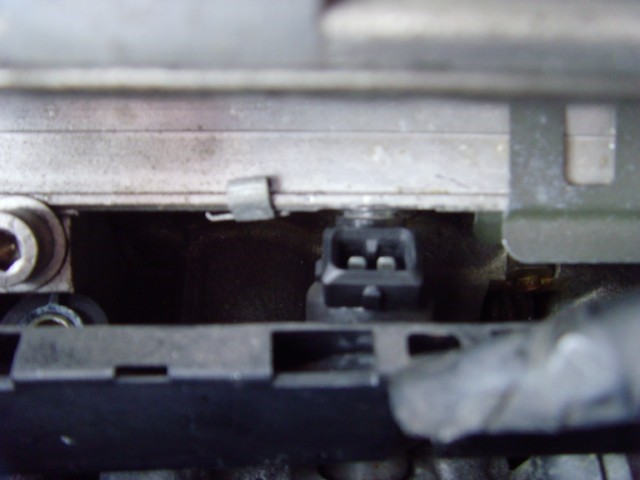 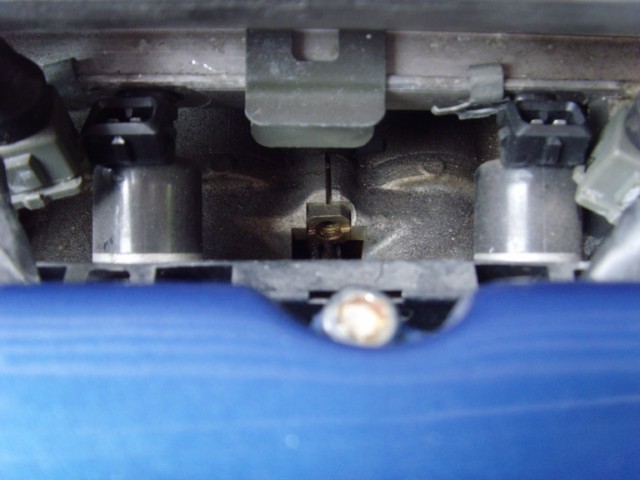 5. Remove the fuel pressure regulator. A T-26 Torx screw and gently pry the regulator off the end of the fuel rail. It is held in by an o-ring. Mine was in there rather securely. Have an old rag underneath before removing as some gas will spill out from the rail. 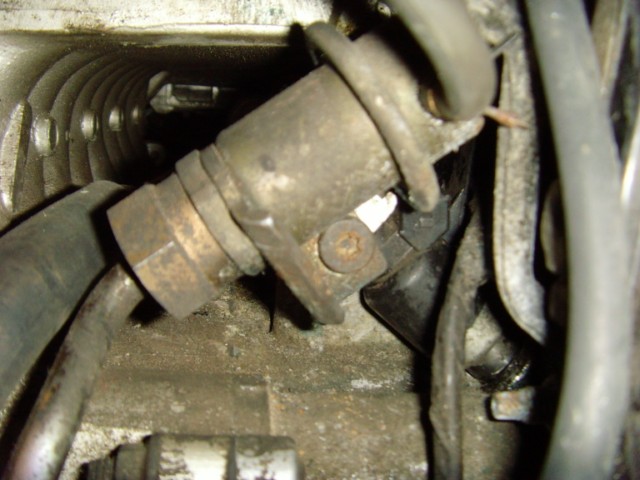 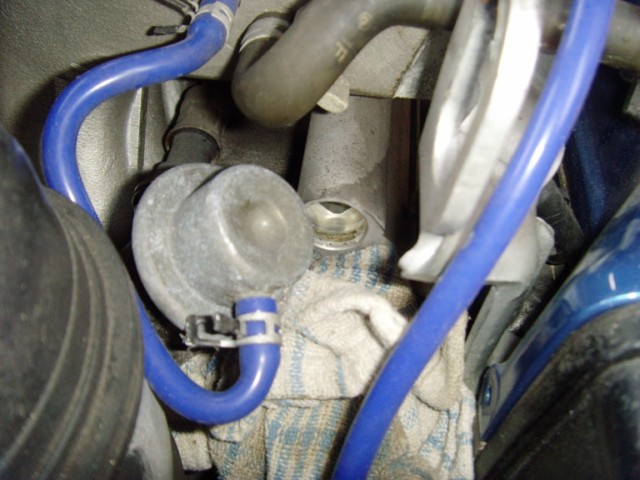 7. Carefully push the fuel rail up. The injectors are held in place now only by their o-rings, but they will be solidly in place. Work slow, maybe first at one end of the rail, then the other and it will pop up. (they were that solid i had to use a pry bar to remove the injectors)

Before installing new injectors, compare them to the stock injectors. Make sure the o-rings are the same size; the distance between top and bottom o-rings is the same; and overall construction is similar. If all appear fine:

1. Lightly coat the new injectors’ o-rings in motor oil to aid installation. Push the injectors into the fuel rail first.

2. Attach/slide the clips that hold the injectors onto the fuel rail. 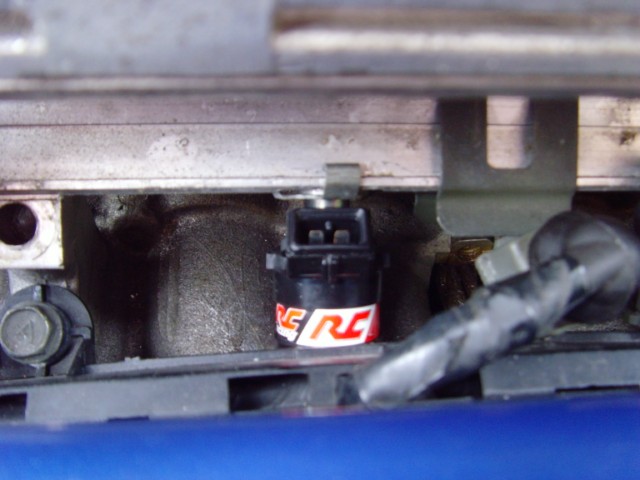 3. Carefully line up the injectors into the plenum and gently push down on the rail until the bolt holes line up. Replace the (2) 14mm fuel rail bolts.

4. Lightly coat the fuel pressure regulator o-ring with motor oil and push into the end of the rail. Replace the Torx bolt.

5. Plug the electrical connectors onto the injectors and carefully replace the small clips. 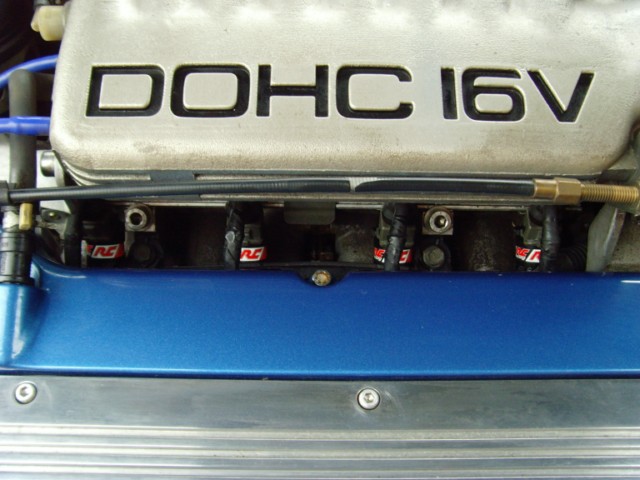